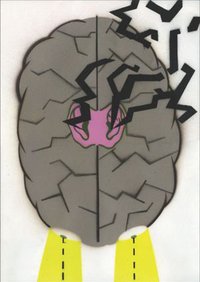 Ensemble Marijan was founded in 2000 and it is focused on playing music on the borderland between improvisation and original compositions by its members, who all graduated from Janáček Academy of Music and Performing Arts in Brno. In a lot of compositions they also use electronic and electric-acoustic music and stage acts creating a multimedia character of their performances. Marijan’s lineup is variable, but its basis is formed by three permanent members – Markéta Dvořáková (keyboards, drums, vocal), Jan Kavan (cello), and Ivo Medek (drums, prepared piano, amplified objects and installations). Since 2009 a few young artists have been added to the ensemble – Lucie Vítková (accordion), Petr Pařízek (flute, vocal), and Sára Žalčíková (piano).

Besides compositions and improvisations the ensemble members have written an “opera hallucination” in 38 acts called MrTVÁ?. It has been performed at the 50th international music festival Warsaw Autumn 2007, the Fire Projects, Soundscapes, and at OT 301 – Live in Amsterdam. The ensemble is a member of Sdružení Q from Brno and it often cooperates with artists. Recently, the compositions from the ensemble’s repertoire were played at V:NM festival in Graz, Wiener Festwochen, Audio Art in Krakow and Warsaw, GrabenFest in Vienna, and at other events in Holland, Germany, Slovakia, Poland, Ukraine, and repeatedly in the USA.

This entry was posted in AB event 2011 and tagged art's birthday 2011. Bookmark the permalink.