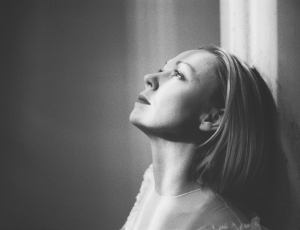 To create a memory of an experience the conscious part of our brain creates a unique path – a memory trace. Every time we remember this the brain tries to follow the original information line. But the starting point is new each time and is mixed up with impulses and emotions on it’s way. In the end the brain is constantly creating new and slightly altered memories.

In the piece ENGRAM, Lisa Nordström process thoughts on how we constantly edit our memories, filtering them, adding and subtracting and choosing what memories to display.
And in it’s outskirts lies oblivion, what is forgotten.

The fragility of the phenomenon of encapsulating our memories in a museum or in our selves in a frozen timeline of facts.
We constantly resample our experiences and impulses trigger memory loops in our brains filtered through new emotions and new memories. Fragmented pieces invariably altering and changing.
Memories are also signals- physical yet invisible. Just like sound waves.
The music/sounds for the piece has been recorded at the Radio Museum in Göteborg. Using local broadcasting techniques the sounds has been processed through radios from different time periods, all with a unique sound and history.
Sounds, music and lyrics by Lisa Nordström.
Vocal appearance by Marian Gold and Lisa Nordström.

Nordström was formerly part of the internationally celebrated duo Midaircondo and is currently focusing on her work as a solo artist and the international film and music project Sonica Sequence.