Posted on December 7, 2018 by arsacustica 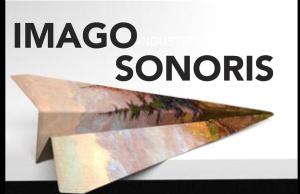 Is it possible to avoid the agony currently experienced by our civilization? What happens to a human being who does not utilize the potential of its mind? Are we facing a birth and formation of a brand new mankind to be called Homo Stupidus, characterized by continual loss of rationality and decline of ethical behaviour? Will we have to deal with the fact that religion is gradually replaced by money and hunger for success which both become new “gods” praised by today´s society? That is why we should believe in human being and its abilities. It is time to start contemplating about the decline of civilization. Because when we correctly read and understand the respective warning signals, we may easily recognize that the final doom is dangerously near.

IMAGO SONORIS is a unique electro-acoustic project featuring sonicART* and authors/ performers in the field of experimental music. As for the idea, the project is foreseen for 5 composers, 4 videos and 1 instrumentalist. It has 4 parts: Industria, Natura, Universum and Homo Stupidus. Both music and visual electro-acoustic materials have been paired and realized in advance in a recording studio, using real sound, along with photos, video snapshots and sound fragments which are subsequently processed live, in real time on stage with a live-performing artist (violin, milanolo).

*NOTES
sonicART:
The 20th century music has gone through several development periods, from non-electric music, acousmatic works, based on sonic object sounds, to virtual age, focused on complexity of sound in digital environment of a sampling culture called sonicART (whereby this term may be understood as logo-type). Processing of the sounds, their modification and subsequent domestication within various artistic styles and genres, including those which were previously not ranked to musical ones, as well as their emancipation by visual media had gone so far that in the 90-ies of the last century theorists and curators in the field of graphic design started profiling and implementing a brand new genre, namely a category labelled as sonic art, sound art, resp. audio art (in the German speaking music scene also called Klangkunst) or simply sonicART. For a long time, music has been more than just a fugue; it is also a graphic score, sonic sculpture or environment, acoustic genius loci or even notebook- or internet-based creation. We are facing a continuous transformation of composing work and art as a result of new options and possibilities. This creates space for new hybrid forms whereby these trends are clearly visible also in theatre, film and literature.